The History of Scarf Fashion

The scarf is a popular fashion item around the world and has been such throughout history. Although the scarf has its origins in more practical uses, it has evolved over time and is now used both to keep warm and to look good.

Scarves began to be mass produced by fashion houses in the early 1800’s. Silk was usually the fabric of choice as it was held in high esteem for its soft feel. Over the years demand for scarves increased as the trend caught on and they started to be made with cheaper fabrics. This meant that women who could not previously afford them were able to add this garment to their wardrobes.

It wasn’t until the 1900’s that men adopted this fashion as a popular concept. It is possible to look back on many of the scarves from this century and determine which decade they were made in. For example, during the Second World War, scarves continued to be produced but the patterns and colours were very bland. This was indicative of the efforts to reserve resources during this time. Similarly, during the 1960’s, scarves were coloured quite brightly in a range of imaginative patterns.

As we have moved into the present day, scarves have become less of a cold weather necessity and more of a wardrobe accessory. A hundred years ago, it might have been something more commonly seen in the winter months, however, today it is just as prevalent regardless of season.

Scarves have become such an important part of fashion that they are often spoken about as ways to bring an outfit together. The finishing touch and redeeming factor to an otherwise eclectic choice of clothing.

The first documented incidence of the wearing of a scarf in history was that of Egyptian Queen Nefertiti in 1350 BC. She was depicted wearing a very finely woven scarf accompanied by a conical headdress. Jump ahead several centuries to 230 BC and Chinese Emperors began wearing scarves in order to indicate their rank within the military. Jump ahead a few more centuries to the Roman times and men would carry sweat clothes with them when they went to work to clean themselves with. These sweat clothes would often be worn around the neck for easy access when needed.

The idea of wearing a scarf to signify rank appeared again many hundreds of years later in 1600 AD in the Croatian empire. Shortly after that time, it is said that Napoleon Bonaparte sent his first wife cashmere scarves that he acquired in India during his adventures. However, it wasn’t until 1783 that the first wool scarf was knitted – an invention of the Third Duke of Krakow.

When Queen Victoria took to the throne in 1837 she brought her fondness for the scarf with her and it became an accessory that would distinguish the classes. By the time the popular clothing brand Burberry was founded in 1856, scarves were already the height of fashion but still the only way for them was up!

Wool has been an important component of scarf fashion since 1783 and making wool scarves at home is a popular concept. As knitting grows as a hobby – which it has done exponentially in recent years – it is all the more common to see people sporting knitted scarves. This is a trend that has the potential to continue growing as time goes on and it remains to be seen how scarves as a fashion accessory will fare from now into the future! 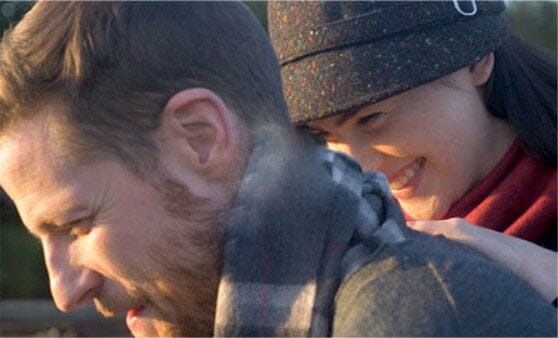